About a month ago, I met Grant Morrison. This, for me, was kind of like meeting Prince Harry, only way more awesome. And Scottish.

After seeing him at a panel in Sydney’s Opera House and waiting in line for an autograph, I told him all about how much his stories had inspired me. I told him about my PhD research in cultural studies that made heavy use of his work, and that I’d given a paper at a conference in London earlier this year based on one of his books. He thought it was fantastic, and praised what I’d done. He told me to take the inspiration he’d given me with his work and “use it to go and inspire others the same way”.

I’d like to think I’ve inspired at least one of my readers (or all four of them) to get into writing, even if it’s not something they’d come out and say. If, by some miracle, I have indeed galvanised just one of you into getting off the Xbox and putting words on paper, then some of that is owed to Grant Morrison’s Batman run, which was the first ongoing Batman story I read and one of the single-most influential works not only in terms of my comic reviewing, but every bit of writing I’ve done since 2008. If it weren’t for him, that PhD I’m doing would probably have been taken by someone else instead – though they wouldn’t be as pretty as me.

Ok, sorry, enough gushing. I bring all that self-indulgent stuff up because Morrison’s Batman story came to a close this year with the two-book finale of Batman Incorporated. As I said this was the first run of superhero comics that I started reading

week to week all the way back in my final year of high school, when I first got into comic books. I remembering being equal parts excited and aggravated by the weirdness of Final Crisis, the death of the hero in Batman RIP and the miasma of artistry and unexplainable occurrences in The Return of Bruce Wayne. Since then his story has encompassed hallucinations, time-travel, zombie Batman, a boarding school for girl assassins, an international crime syndicate run by a centuries-old Wayne ancestor and the formation of an incorporated organisation of trademarked, franchised Batmen of all nations.

The latter point is where we find ourselves when Demon Star begins, as Batman Incorporated is harrowed in their ongoing war with terrorist super-network Leviathan. The identity of Leviathan’s leader (which I’ll keep unspoiled for those who’ve not read it yet – in which case close this review and GO READ IT NOW WHAT THE HELL ARE YOU STILL DOING HERE SERIOUSLY) has sent shockwaves across Gotham and the world as Batman and co. struggle to deal with a direct assault on all of the organisation’s members. Amongst the international stage of the story is a subtler, more tragic narrative dealing with Batman losing a core member of his family – and this isn’t just a costume retirement we’re talking about. Someone bites it, and the death throws both the Bat and his friends into a whole new ball game.

This is one of the things Morrison does exceptionally well with this story by playing for keeps, taking a page out of George R. R. Martin’s book. Anyone who dies here is dead; this isn’t the popcorn-flavoured ephemerality of Fear Itself, where heroes fall and come back next week. The stakes are high, personally and on a grander scale. Characters we’ve known for years are in as much danger of falling to Leviathan as the world is. And trust me, in this story characters fall almost as much as they rise.

The two books manage the almost Sisyphean task of capping Morrison’s seven-year run on Batman in a way that will satisfy some and infuriate others. Personally, I found it appropriate. From the get-go Morrison’s writing has been about unpredictability and defying reader expectations, and while the broad strokes of the story are fairly ordinary (big villain threatens the world) the creativity lies in the nuances within those strokes. Unlike most superhero fare we’re supposed to care more about the character dilemmas than the larger supervillain threat, and there is plenty of spot-on dialogue between almost all the characters regarding their own screwed situations as well as the light they hope is at the end of this tunnel.

There is, however, one big asterisk that must be applied to the series, and for which I will forever lament DC’s ill-fated reboot that meant these two books had to be labelled with 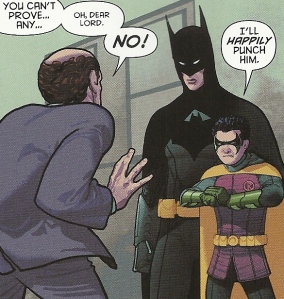 Volume 1 and 2 titles respectively. This is not a Volume 1 and 2, rather like a Volume 16 and 17 (or something, I’d have to go count the exact number of books in Morrison’s story). Having Demon Star touted as Volume 1 of the reboot gives the incorrect notion that this is a jumping-on point for new readers, which is totally, absolutely, 100% not the case. At all. If you jump into this book cold, you will get almost nothing in return. The in-jokes alone will fly over your head, referencing books and events going as far back as 2006, and a number of plot twists – particularly in the climax of Gotham’s Most Wanted – will have nowhere near the needed effect and impact if you haven’t come into this from the beginning. Unless you like the exciting prospect of scratching your head and going “Huh?” every two pages, I wouldn’t recommend this book for newer readers.

What I can recommend, if you’re the kind of person who either can’t or won’t read English and prefers just to look at the pretty pictures, is the artwork. Both books, rather than the army of artists that come and go in most of Morrison’s run, are instead handled by Chris Burnham. I wasn’t familiar with his work until now, but it’s damn good and evokes a lot of Frank Quitely-esque facial definition and full-lipped colour. At the very least you should do yourself a favour and either look at the cover gallery in the backs of the books, or just Google them. Marvellous stuff, even if sometimes the blood looks a little too ketchup-y.

As mentioned before, dialogue is tremendous. There’s a tendency to offer inferences of what’s happening in the story or the implications of certain actions through the scriptwork, something that fellow weirdo author Jonathan Hickman also uses to great effect. Nothing is entirely spoon-fed, and the references to past events and other storylines are handled subtly without beating you over the head and going “Remember that time we made the Joker kill that guy with a banana peel because he was immortal and we needed to stick him in a coffin and bury him coz he was evil and we didn’t like him? Man, that was some good times,” whilst battle is going on around the characters. Further to that, the dialogue during battle scenes feels, for the most part, realistic; there’s a tendency in a lot of superhero gigs to have lengthy, rambling diatribes while the hero beats the villain – usually the former telling the latter how much they suck – which, if you’re actually fighting the guy properly, wouldn’t happen in a real world fight scenario. I almost feel like Morrison took a page from the Miller and Claremont Wolverine story with limited words during fighting, making it seem just a bit more cinematic. It’s something a lot of other writers – particularly those at DC – should stand up and take notice of. 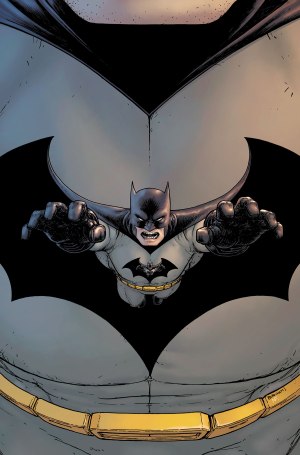 As I said, these books are meant to work as the end of a grand and epic journey which won’t have the full effect if you enter this one cold. If, like me, you’re a long-time reader and lover of Morrison’s batsh*t crazy (no pun intended) run, then you owe it to yourself to finish things with his swan song. The two final books of Batman Incorporated are, I feel, a fitting end to a bizarre and envelope-pushing run that will hopefully live on as a classic among the likes of The Dark Knight Returns and The Court of Owls. At the very least, it’s something different. Coz really, how long can one guy in a charcoal suit go around beating the crap out of baddies without getting boring due to lack of innovation?

If Morrison’s answer is the definitive one, Batman would be doing it forever. 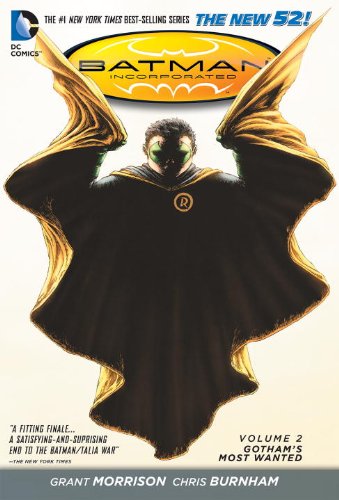 BEST QUOTE: “I’ve had my suspicions about Bruce Wayne and Batman for a long time, but I keep them to myself. All I really need to know is this: Batman always comes back, bigger and better, shiny and new. Batman never dies. It never ends. It probably never will.” – Commissioner Gordon