(apologies if anything in this post seems rushed, incomplete or nonsensical – I wrote it in a hurry to stay current)

Games have E3. Movies have the Oscars. Books have…nothing.

As the single biggest international nerd event of the year, San Diego Comic-Con is the place for all the big announcements, news and interviews with creators of various comic book intellectual properties that somehow escaped the media traps of C2E2 and the Emerald City Con. It’s normally the go-to event for big, universe-shaking announcements for all the major players of comics, movies, TV shows and internet-related shenanigans.

While I didn’t get the privilege of attending this year, I did keep my ear to the ground with all the big announcements and news items hitting the blogosphere (Christ I hate that term). So, presented herein are some snippets of big-ticket items that hit the San Diego Comic-Con for 2013. Keep in mind I don’t have the line space or patience to examine every single bit of pop culture goodness to come out of the Con, but if you stick around till the end of this post we’ll have a look at the two big news items we got within the last 48 hours (you know the ones). 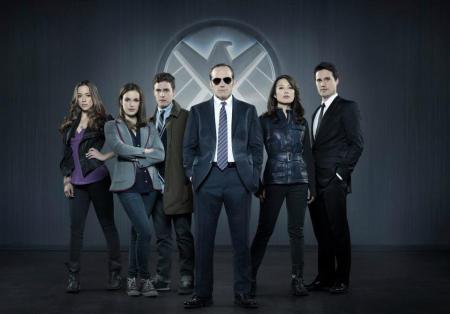 Let’s kick things off with a look at the “Agents of SHIELD” stuff. As well as an exclusive screening of the ABC pilot we were also treated to the news that Cobie Smulders, soon-to-be-alum of How I Met Your Mother and the woman behind SHIELD’s tough-ass Maria Hill, is making some kind of guest appearance in the series. While she can’t be a regular right now, am I the only one thinking she’ll hop onto this gig once HIMYM wraps up next year? Am I also the only one imagining the insane amount of snark we could get from a Hill/Coulson team-up every other week? A man can only dream.

Speaking of dreams, clearly writer Robert Venditti is dreaming of dollar signs if he expects his new Green Lantern fans to swallow a massive crossover event so soon on the heels of Geoff Johns’ climactic Wrath of the First Lantern finale, coz that’s the only reason I can think of for DC allowing such a misguided attempt at an epic story so soon after Venditti’s run has begun. I know it’ll take a while before we get over the loss of Johns as primary GL writer, but come on, he hasn’t even been in the ground that long! Especially with big events like Trinity War and Forever Evil hitting the DC books come September, maybe it’s time to ease off on the crossovers for a little bit.

As well as giving us more teases regarding those two events, DC’s comics panel was one of fairly predictable movements. We got glimpses at the ill-advised Superman/Wonder Woman series that is guaranteed to have shippers squealing with delight on every page, as well as more tie-in rubbish for the Arrow TV series and a comment from current Batgirl writer Gail Simone that during the story she’s currently writing (titled Batgirl: Wanted, which sounds almost like a direct rip-off of the Bruce Wayne: Murderer? storyline from the early 2000s) we’ll find out how it is that Barbara Gordon regained the use of her legs in this continuity. Speaking as someone who loathed, despised and detested Simone’s first volume of Batgirl, is there anyone who really gives a crap right now? I thought we established she got some magic mystic hoodoo thing in Africa that restored her legs, and even if we hadn’t I’m still so riled at the fact she’s no longer in a wheelchair that I just don’t care about her anymore. Call me when Simone announces the return of Stephanie Brown, then I’ll be interested.

Interest was also low for me with most of Marvel’s comic-related announcements this year. Among other things we were teased with a new ongoing called Amazing X-Men (is that a crossover between the X-Men and Spider-Man now?) and the return of former teammate Nightcrawler from the abyss of Comicbookdeathlandia. I’ve spoken out about comic death multiple times before, but this move cheapens the Elf’s death more than Fear Itself cheapened Thor’s – Nightcrawler went out in a blaze of glory during 2010’s X-Men: Second Coming, and it was a genuinely moving and tragic death that seemed to actually stick for a while (and yes, I know they had Nightcrawler on during Rick Remender’s Uncanny X-Force but shut up, he was from another universe). Brian Bendis deciding once again to molest continuity with his current X-shenanigans leaves me unenthused at best and willing to mount a cross-country Marvel-HQ-bombing venture at worst.

On top of that, Marvel also decided to completely piss off fans of their Ultimate Universe continuity by announcing Cataclysm: The Ultimates Last Stand. The miniseries, penned once again by that idiot Bendis, comes on the heels of the ridiculous ending to Age of Ultron where Galactus, the original giant purple-people-eater, encroaches on the Ultimate Universe with the intent to eat the bloody thing. That’s right ladies and gentlemen, Marvel are having one of their best-selling and most-beloved continuities EATEN by a giant guy in a purple Flash Gordon outfit. 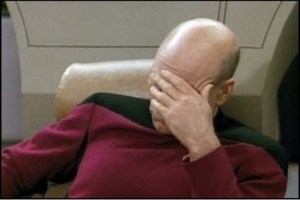 It seems the major cool stuff is going on over at Image Comics, renowned indie publishers and current owners of sterling writer Ed Brubaker. In addition to more on his new series Velvet and a quick look at the new arc of Fatale, Brubaker commented that he writers stories “for readers,” and that working for Image is less about making money and more about providing readers with engaging material – “It’s not about keeping others’ IPs alive,” he says. Bravo, Ed. You’ve not only secured the “Smartest Thing Said at Comic-Con” award for 2013, you’ve also ensured I’ll keep coming back to your works further down the line because you actually give a damn about the reader, and not the reader’s wallet.

Image then proceeded to make fanboys everywhere scream themselves inside out with further announcements regarding the two Rick Remender-penned series coming later this year, being Black Science and Deadly Class, which both look freakin’ sweet. We also got some bits and pieces about J. Michael Straczynski’s new Ten Grand and his work on Book of Lost Souls with Colleen Doran, one of the visionary artists behind Neil Gaiman’s The Sandman, which both sound like they could be pretty awesome.

Also, before anyone asks me, no, I will not be making any comments regarding anything to do with The Sandman: Overture. I’m staying the hell away from any news to do with it beyond the initial announcement. I want to read the single issues without being tainted by the sting of any news items related to it, positive or negative. I have no doubt, with Gaiman and JH Williams III (the writer/artist behind the current epic run on Batwoman) on it, we’ll be given a superior book in time.

Over in TV-Land we got a surprise appearance by Khal Drogo himself as well as a nice little reel from the Game of Thrones panel regarding the numerous character deaths they’ve suffered over the last three seasons. I found myself sobbing by the end – goddammit, I’ll always miss you Baratheon Soldier #680, you were my favourite. We also got panels for shows like Arrow, Breaking Bad and Once Upon a Time, which also promised awesomeness, more awesomeness and more of the same bland crap respectively.

Finally, before we get into the two meaty kebabs at the end of this Con rundown, we had the presentation of the 2013 Eisner Awards. Essentially the comic book equivalent of the Oscars and a major feather in anyone’s cap who earns one, the awards this year were dominated by Brian K. Vaughan and the team behind Saga (like it was a surprise). It was very much a night for indie winners, with Marvel only scoring a scant three awards and DC getting only one, and the only reason the former won those three is because the successful series’ in question – being Hawkeye and Daredevil – would be classified as indie series’ themselves if their respective protagonists didn’t wear superhero spandex. Congratulations to all who won, and let’s hope the Big Two are taking notes to try and improve their IPs for when the awards season comes next year. If all else fails, we’ll hold a special awards ceremony for DC akin to the Golden Raspberries – we’ll call it the Dull Crap Comics Awards.

And now we get to it – the two biggest announcements made during SDCC 2013. As well as the expected stuff relating to the upcoming Thor: The Dark World, Captain America: The Winter Soldier and Guardians of the Galaxy films (well, expected apart from a freshly-shaven Karen Gillan) it was announced that Joss Whedon’s next superhero entry into Marvel’s film canon will be titled Avengers: Age of Ultron (according to Whedon, the film will be unrelated to the Bendis-written book of the same name released later this year).

This mind-boggling tidbit came mere hours after DC and Warner Bros broke ground on their next film, namely a team-up of Batman and Superman that acts as a sequel to Man of Steel, bolstered by hints that the two superheroes’ relationship may be adversarial and something akin to the one between Bats and Supes in The Dark Knight Returns. 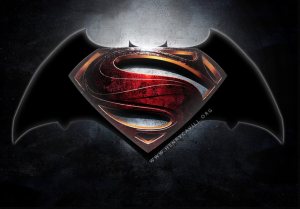 As if 2015 wasn’t already packed as it is with new entries from Star Wars, James Bond, Pirates of the Caribbean and possibly Star Trek, as well as the conclusions of The Hobbit and The Hunger Games, we’ve now got a mega-super-ultra Avengers sequel featuring probably the deadliest villain ever created by Marvel (yeah, that’s right, Ultron’s way more lethal than a pussy like Thanos) and a team-up between the two septuagenarian superheroes who literally created the subgenre together on the big screen – with the likelihood that both films will be hitting cinemas in the same month. I will put money down right now and say that at least half the movie-going population of the Western world will have their brains exploded by awesomeness by the time all of this stuff hits their minds.

There are, of course, plenty of reasons to be hesitant about embracing the two upcoming filmic juggernauts. Will Joss Whedon be able to catch lightning in a bottle twice, and make something either as good as or superior to his first groundbreaking effort? Can Zack Snyder give us a film that rises above the shallow characterisations and overblown action of Man of Steel, whilst doing justice to everyone’s favourite Dark Knight? It is entirely possible both movies will suck huge amounts of grimy farts, leaving only perplexed cinema patrons and a ton of smelly-egg-win in their wake, or they could both raise the bar for superhero films in a way that can only be surpassed by a team-up between both the Avengers and the Justice League (at which point I’m pretty sure the universe would spontaneously implode).

At the end of the day, I’m optimistic if only because most of the comic-related announcements were crap. It gives me an idea – why can’t we have people like Whedon and Snyder running the comics and the films? Could we maybe get DC and Marvel to swerve in a slightly more auteur direction with their series’, and have something that is, like Ed Brubaker’s work, written for the readers rather than the desire for more greenback?

No, that’s too optimistic. That’d be like hoping the Republican party might decide to pack up shop and go live with their autocrat buddies in the Middle East. Too much of a good thing.